12 Must-See Places Around the Globe 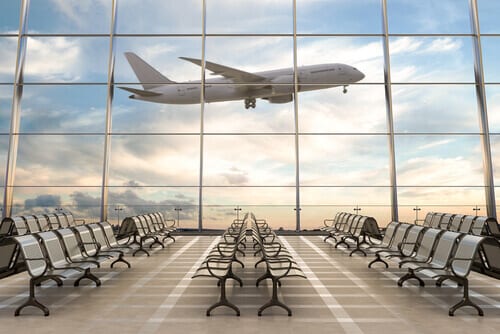 It can be extremely difficult to choose just a few of the world’s most stunning locations. There are several thriving cities that, via their monuments, stores, and residents, tell their own distinct stories. There are countless national parks, lush gardens, and vibrant sites that protect the local flora and fauna of their landscapes.

However, in order to assist us in our search, we chose places that not only astound with their captivating appearances but also provide lessons on the history and culture of their respective places. Twelve of the world’s most stunning locations are listed here for you to consider visiting at some point in your life.

Read our list of the top places to visit around the globe for more suggestions on where to go and what to see.

Must read: 25 Best Places to Visit in Europe in this article – https://www.endlesstourist.com/25-best-places-to-visit-in-europe/

One of the seven natural wonders of the world, this spectacular location is in the U.S. state of Arizona. It’s one of those mesmerizing places whose size and grandeur are hard to convey in photos or videos.

Despite the geology having developed over the preceding two billion years (yes, a billion), the 277-mile-long canyon is considered to have started around five to six million years ago. The Colorado River’s flow, which still flows through it and erodes the nearby rock, is what produced it. The Grand Canyon can range in size from a mile deep to up to 18 miles wide in certain places.

The bulk of tourists stay on the South Rim. This is the starting point for several excellent hiking trails into the Grand Canyon, and the Desert View Drive rim road is lined with breathtaking overlooks. . A few hotel alternatives are available on the remote North Rim.

Machu Picchu, located high in the Peruvian Andes, is now regarded to have been a significant royal retreat for the Incan monarchs. Even after it was constructed in the 15th century AD and abandoned less than 100 years later, the remote site’s stunning stonework and neatly linked, mortarless stonework continue to surprise visitors. Huge stone blocks weighing several tons are properly connected to one another without the use of cement or mortar.

The Inca Trail connects Cusco and Machu Picchu by hiking. You can start out closer and hike the trail for one, two, or three days if you don’t mind taking five days to complete the entire journey. The majority of tourists depart from Cusco by train, which takes approximately three and a half hours.

A daily visitor limit has been established by Machu Picchu in order to curb overtourism. All visitors must first get a permit. They are freely available through the Ministry of Culture of Peru’s reservation portal up to four months in advance.

On this Hawaiian island, visitors have a range of experiences to select from. There are many activities available, including surfing, dining on the beach at a luxury resort in Wailea, riding a horse across a dormant volcano in Haleakala National Park, and trekking in the West Maui Mountains through a rainforest. The island is among the most beautiful in the entire globe, and the surroundings are amazing.

Accommodations range from rustic hippy hut B&Bs to five-star luxury resort hotels, so everyone can find somewhere to stay. Since Wailea has all the luxurious resorts, it is comparable to the beachside Beverly Hills of Maui. If you’re staying here, make sure to get outdoors and spend some time in Kihei, where the locals hang out.

The Eternal City resembles a massive, dynamic museum. The Eternal City is more like a vast, vibrant museum. Visitors are infused with the tens of thousands of years of history that surrounds them. Due to the city’s relative compactness, a three-day schedule covers most of the must-see locations.

Any traveler to Rome must see the Colosseum, the Roman Forum adjacent to the Pantheon, and Vatican City, a separate country in the heart of the city.

Spend some time exploring Rome’s surroundings. Both a trip to one of the nearby aqueduct ruins and a stroll along a section of the Appian Way, the old Roman road, are worthwhile choices.

India’s Pink City, a favorite destination of fashion experts and designers, is home to some of the most ornate and vibrant palaces in the entire nation. Many of the walled city’s initial buildings, like the well-known Hawa Mahal and Rajmahal Palace, were built in the 1700s, but Jaipur’s dusty pink color didn’t emerge until the entire city was painted to welcome Queen Victoria’s husband, Prince Albert, in 1876. Jaipur is the location of outstanding textile marketplaces, in addition to its elaborate Hindu Rajput architecture.

6. Avenue of the Baobabs, Madagascar

On Madagascar’s west coast, the dirt path connecting Morondava and Belon’i Tsiribihina is beautifully framed by a number of old baobab trees. It is possible to view the dramatic picture from kilometers away because of the tall, 800-year-old trees that reach up to the dusty sky. According to legend, the rare trees were once part of a much larger forest, but much of it had been destroyed due to urbanization. Local activists successfully petitioned for the Avenue of the Baobabs to be declared Madagascar’s first natural monument in an effort to protect the path.

The magnificent historic city of Bagan in Myanmar is made up of over 3,500 Buddhist temples and pagodas. The former capital, which dates to the ninth century, stood as the political, social, and religious hub of the Pagan Empire. Over the course of 250 years, the monarchs of Bagan are thought to have built upwards of 13,000 religious structures, establishing a Buddhist landmark in the nation. But over the ages, earthquakes destroyed many of the temples. The Temples of Bagan in Myanmar were designated a World Heritage site by UNESCO in 2019 and preservation works were started to preserve the still-standing temples and rebuild many of the ruins.

The Na Pali Coast State Park stretches across the island, giving visitors the chance to learn all about the native flora and fauna that make the island so unique. Kauai has earned its moniker as Hawaii’s “Garden Isle.” for a great reason: Its local landscape consists of stunning white sand beaches, astounding sea cliffs, picturesque waterfalls, and vast plantings.

One cannot escape Paris’ allure. The famed city has served as a playground for artists, designers, and authors for decades, who frequently draw inspiration from the magnificent architecture, gardens, and cafés around. The city has struggled to protect a large portion of its historic identity, but it also encourages fresh perspectives and technological advancements that help it stand out year after year.

Banff National Park is one of the most gorgeous places on earth, with sparkling glacier rivers surrounded by snow-capped mountains and scented evergreens. Although Lake Louise may be the primary draw, Canada’s first national park boasts a wide range of activities, from picturesque gondola rides to upscale wildlife tours. There are also lakeside lounges where you may unwind before visiting Victoria Glacier for those who are not as daring.

The twisting lanes, bustling souks, and tiled palaces of vibrant Marrakech can be explored for hours. Everyone is welcome to explore the ancient architecture and thriving markets in the historic Medina, which has long served as a representation of the Moroccan metropolis. The young creative community that is prepared to remake Marrakech is evident outside the city center in the form of emerging galleries, novel restaurants, and verdant gardens.

On Nachi Mountain, the Kumano Nachi Taisha Shrine shines brightly, luring tourists who want to escape the hectic world and enjoy the tranquil surroundings. The holy shrine is the starting point of the Saigoku Kannon Pilgrimage and is still a significant Shinto monument. The breathtaking temple and the nearby Nachi-no-taki waterfall are both open to visitors of all religious affiliations, though.

How excited are you to travel around the world and take snaps of these awesome places on your camera? Let us know in the COMMENTS section below, which of these places sparked your interest.