Top15 Places to visit in Bulgaria 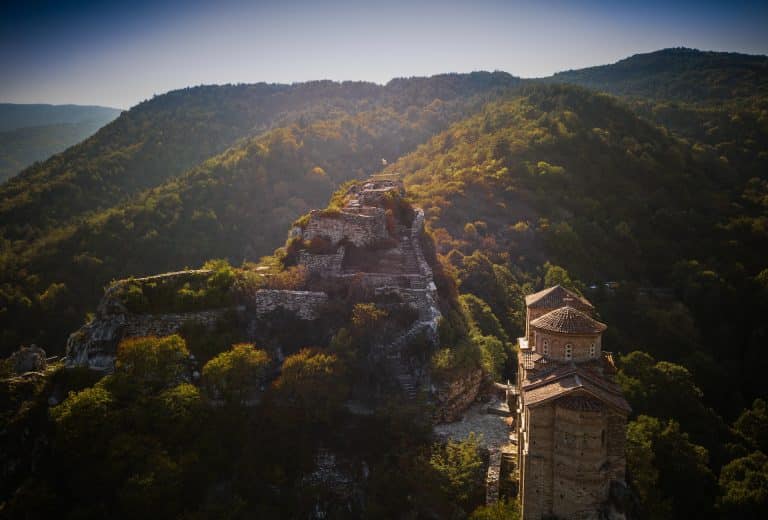 While most tourists visit Bulgaria to explore Sofia or the Black Sea, there are many more destinations worth seeing.

Pirin is one of the most popular hiking destinations in Bulgaria. The environment is mostly alpine rock, with deep blue lakes scattered all around, so it’s no surprise that many tourists claim it stole their hearts. The national park has various hiking paths, including Koncheto Ridge, which is very difficult. It is advisable to bring a map and compass.

Burgas is a busy port on Bulgaria’s southern Black Sea coast and one of the most popular sites in the country. Far from the country’s old and historical areas, it is mostly a modern art deco with well-maintained seaside parks. You may also visit some of Bulgaria’s most popular music events here, such as the Spirit of Burgas Festival, which draws a large crowd every year.

Zheravna, a showcase for all things Bulgarian National Revival, is a rustic and raw representation of one of the country’s most renowned architectural elements from the past. The town itself is located at the foot of the majestic Balkan Mountains, between dense thickets of Bosnian pines and white elms. The cottages that line the cobbled streets have all been meticulously repaired, with over 150 examples of the traditional wooden façade on show. The Yordan Yovkov House and the icon-packed St Nicholas Church draw the most visitors among the monuments, while others go to the surrounding August Dobromiritsa Rural Park, where events showcasing Bulgarian traditional costumes and music take place all year.

Ruse has the most aristocratic appearance in Bulgaria. Located on the Danube River, it was a key economic center during the National Revival of the 18th and 19th centuries and followed the country’s freedom in 1878. The ruse was the entry point for all Central European architectural and cultural influences. The city now has stunning architecture from the Baroque and Neoclassical periods.

Over 700 drawings going back to the Stone Age may be found in the Magura cave. There are images of humans, animals, cult ceremonies, and even one of the first Neolithic calendars with 366 days in a year. If you’re going to the Belogradchik Rocks, include this cave on your schedule as well, as they’re near to each other.

Albena is regarded as Bulgaria’s top beach resort. Fine sand, calm sea, water sports, sights, and playgrounds: Albena has everything you need for a great vacation. Bulgaria has many gorgeous beaches, but the Albena beaches are ideal for families. Furthermore, the water is fairly shallow, and there is usually a little sea spray to keep the environment fresh. Albena Beaches are certainly a great spot for a Bulgarian family vacation.

Belogradchik, located on the northern slopes of the Balkan Mountains, is another site to visit in Bulgaria. This location, also known as Kaleto, is well-known for its unusual sandstone and limestone rock formations, monoliths, and hoodoos. Belogradchik is a great location to explore, with a historic fort, caverns, and museums.

Sozopol, one of Bulgaria’s oldest towns on the Black Sea coast, is a prominent fishermen’s village and coastal resort. In the sixth century BC, Sozopol, which is 35 kilometers south of Burgas, was called Apollonia and had an Apollonia temple. The town is small enough to take a stroll through. You may walk along the quays while the day’s catch is unloaded or through the old town, where wooden homes call for maintenance. If the sea is too deep or turbulent for swimming, you may always sunbathe on the rocks along the beach.

Nessebar, like Sozopol, dates back to antiquity, when the Thracians established the picturesque peninsular that juts out into the sea. Nessebar, known as the “Pearl of the Black Sea,” is one of the most picturesque villages on the Black Sea coast. The town has been occupied by Greeks, Romans, Byzantines, Ottomans, Crusaders, and Bulgarians over the centuries. The old town, a UNESCO World Heritage site, features a breathtaking variety of ancient sites around its charming cobblestone alleys. Everything can be found here, from Thracian fortresses to 5th-century churches, typical 19th-century wooden dwellings, and one of Bulgaria’s few remaining windmills.

Bansko, easily accessible from Sofia airport and popular among skiers and snowboarders, is Bulgaria’s premier winter sports destination. If you’re seeking a less expensive alternative to the French and Italian Alps resorts, Bansko is a must-see. The resort offers excellent value for money and excellent skiing slopes. The splendor of Bansko does not stop there; throughout the summer months, this alpine resort transforms into a terrific spot to trek and enjoy outdoor experiences in some of Europe’s most dynamic and spectacular surroundings. The views and treks surrounding here are ideal for any explorer since they are littered with UNESCO world heritage sites. With historic cobblestone alleys and venues, the old town offers some wonderful activities and distinctive buildings.

Tsarevets Fortress is referred to differently in various guides. It is mentioned somewhere that it is an architectural and historical landmark, while it is listed as a high-class hotel with great service elsewhere.

Nonetheless, touring this boutique hotel in Veliko Tarnovo is worthwhile, if only to watch the stunning audiovisual show “Light and Sound.” The hotel’s service begins with lodgings in nice, compact rooms. All conveniences are given to visitors who come to experience the wonders of Bulgaria. Tourists will be greeted with a private parking area that is free of charge close to the hotel.

Plovdiv is Bulgaria’s second-largest city and Europe’s oldest inhabited city, with a history dating back 8000 years. The Ancient Theater, the Roman Odeon, the Roman Forum, and the Roman Stadium have all been very well preserved. The Ancient Roman Theater, Bulgaria’s finest success in the field of antiquity restoration and one of the best-preserved ancient theaters in the world, may be more than 8000 years old, yet it is still in service! Every year, the Plovdiv International Folklore Festival and other theatrical productions and music concerts are held in the Amphitheatre. It can accommodate between 5000 and 7000 people.

It is a town in Bulgaria located on the Black Sea’s northeast coast, about 40 kilometers from Varna and 20 kilometers from Kavarna. Because of its location on the coast, the town has a lovely continental climate with pleasant summers and cool winters. This tourist location is well-known for its laid-back ambiance, excellent sandy beaches, and crystal-clear seas, but it also features a variety of other attractions.

Sofia is one of Europe’s oldest towns, built approximately 2500 years ago, and despite popular belief, you may find some ancient artifacts right in the city center (next to the entrance to the Serdika metro station). However, the majority of the city’s centerpieces are from the nineteenth century or later. There are holy places of various religions standing near each other. Visit the beautiful Alexander Nevsky Cathedral and other places of worship, some interesting museums, walk down Vitosha Boulevard – the main pedestrian area in the center, or enjoy the culinary scene, particularly in the old Central Market Hall.

This is one of the most stunning spots you’ll ever see. The seven Rila Lakes are one of the finest national tourist attractions. This is Bulgaria’s most popular tourist lake group. The lakes are located between 2,100 and 2,500 meters above sea level in the majestic Rila Mountains. Each lake has a name that corresponds to its most distinguishing feature. Salzata (“The Tear”) is the highest, Okoto (“The Eye”) is the deepest, and Bliznaka (“The Twin”) is the largest. The lakes are a popular tourist attraction in the country, and the most appropriate time to visit the lakes is the summer.

Top15 Places to visit in Bulgaria on a MAP

How excited are you to visit Bulgaria and take snaps of these awesome places on your camera? Let us know in the COMMENTS section below, which of these places sparked your interest.