Top 15 Places to Visit in The Netherlands

Home / Blog / Top 15 Places to Visit in The Netherlands 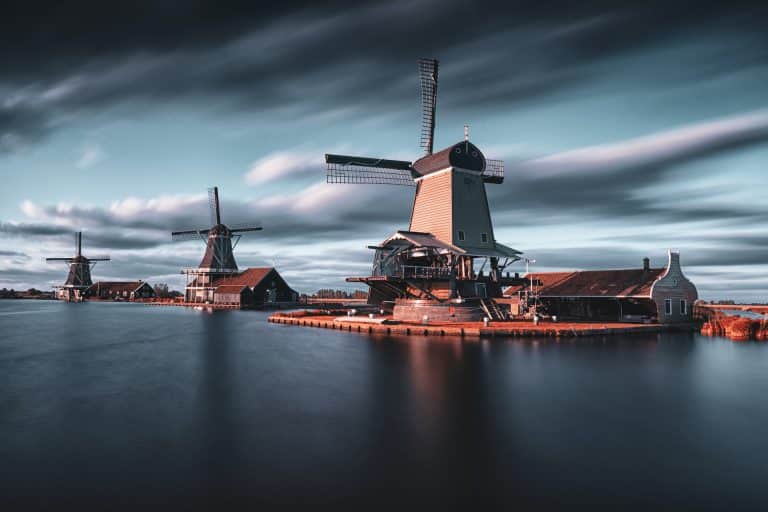 The Netherlands is well-known for its unique culture, people’s values, countryside, nightlife, and much more. This country will fascinate you with its famous cheese, tulips, coffee shops, and great locations. But, when planning a trip, it is critical to do research and narrow down the details and duration of your stay.

So, to help with your plans, we have compiled a list of 15 places to visit in the Netherlands.

Utrecht, the Dutch city, should undoubtedly be included on every Netherlands tour itinerary. The St. Martin’s Cathedral, or Dom Church, is located on the Domplein, as it is known locally. Despite the fact that it was founded in 1254, the majority of what you see today originates from the 14th and 15th centuries. You should also see the Domtoren, a surviving stand-alone church tower from the 1300s that rises far above the surrounding structures.

The allure of Leiden extends beyond the gorgeous green parks that can be seen here. The picturesque city of Leiden is a sight to behold, with tall trees standing along the canals, windmills, and wooden bridges dotting the landscape. Visitors frequently enjoy boat trips on one of the many waterways in the area. In the city, visitors can visit several museums ranging from natural history to science. There are museums specifically dedicated to windmills and Egyptian antiquities. Amidst the park is also the Kroller-Muller Museum, which exhibits works by Van Gogh, Pablo Picasso, Piet Mondrian, and many other important painters. The Museonder Museum at the park’s visitor center is open to tourists interested in learning about the geology and biology of the Veluwe National Park.

Canals are important to many Dutch cities, particularly Amsterdam, the Dutch capital. Amsterdam has almost a hundred kilometers of canals, 90 islands, and 1,500 bridges, all of which leave lasting memories. Walking, biking, or taking a boat or water taxi through beautiful waterways dotted with museums, art galleries, and other attractions. The charming neighborhood of Jordaan, built in the early 1600s for house workers and immigrants seeking religious tolerance, is a highlight of Amsterdam. Do not miss the hidden “hofjes,” or private courtyards surrounded by almshouses. The Grachtengordel is another charming neighborhood with modest 17th-century homes, numerous small bridges, houseboats, gardens, beautiful architecture, cafés, and boutique shops.

The Rijksmuseum, or Dutch National Museum, was founded in the Hague in 1800 and relocated to Amsterdam in 1808. It is dedicated to arts and history. The museum has a massive collection of 7,000,000 works of art, including 5,000 paintings in over 250 rooms, a big library with around 35,000 books, and a large collection of traditional Dutch handicrafts, medieval sculpture, and modern art. When you visit the Rijksmuseum, you can get lost in various rooms filled with countless treasures and learn a lot about art, history, and culture.

Nijmegen just celebrated its, 2000th anniversary as one of the oldest towns in the Netherlands. The city is close to the German border and has two history museums that display Roman antiquities depicting regular Roman life. It’s a lively location to be because of the enormous student population from the Netherlands’ sole Catholic institution. Visitors can take a stroll along the Waalburg bridge, which crosses the Waal river, and see an incredible view of boats with the sunset in the background.

Delft, located between The Hague and Rotterdam, is famed across the world for its blue and white ceramic items. Delftware, as it is commonly known, has graced shelves and dining rooms all over the world since the 1600s and remains as popular today as it did then. You may see the factory’s huge collection of Delftware and even finish with a fancy afternoon tea experience in the on-site tearoom, in addition to instructive tours of the factory, including a chance to observe brilliant artists hand painting ceramics.

The Beemster region, about thirteen miles north of Amsterdam, is an example of a Dutch polder—a flat stretch of verdant farmland made by draining a body of water. Aside from its historical significance, Beemster Polder is a beautiful landscape with small canals, windmills, and lush green meadows. Make a point of visiting Middenbeemster, which, like most towns in the country, is unbelievably attractive.

This park is one of the largest in Holland, with 13,343 acres containing unique fauna, some of the Netherlands’ most iconic structures, and the Kröller-Müller museum, which has a collection of nineteenth and twentieth-century art as well as the largest private collection of Van Goghs. Take a spin on one of the 1,800 white bikes the park has available for rent.

The village of Laren, just 33 kilometers from Amsterdam’s Central Station, is affectionately known as “The Beverly Hills of Amsterdam” and is a must-see for a glimpse into how the other half lives. A stroll around the old town center will thrill those looking for a quiet getaway from the bustle of Amsterdam and those looking for quiet tree-lined parks, quaint stores, and storybook multi-million Euro residences. One of the main draws is the Singer Laren, one of the few museums designed with full accessibility. Visitors are encouraged to wander among the permanent and rotating exhibits, enjoy a coffee or snack in the sculpture garden, or see a show in the 400-seat theatre.

Giethoorn is another popular tourist destination in the Netherlands for quite different reasons than Amsterdam. Giethoorn is a small village notable for being car-free. People instead use bicycle routes, footpaths, and streams to get around. If you want to float down a Dutch canal while admiring the scenery, Giethoorn is the place to go. Walking through the town is really relaxing and will make you feel as if you’ve been transported to another time and place. There are also museums, national parks, and great Dutch cuisine. That being said, there isn’t much to do here compared to other cities, so you might want to visit as a day trip. Consider making Amsterdam your home base and planning a guided day trip that includes a boat ride.

One of the country’s most popular attractions, the Keukenhof Gardens, often known as “The Garden of Europe,” is the world’s second-largest flower garden after Dubai Miracle Garden and a must-see for anybody visiting the Netherlands. Keukenhof, located in the Bulb area between Amsterdam and The Hague, is a stunning spectacle of colors and aromas, with over seven million bulbs planted each autumn.

The Hague is the second most important city in the Netherlands, housing the Dutch Royal family. The Hague is also known for its magnificent Palace of Justice. Visit for a cultural experience: magnificent museums (including the interesting Mauritshuis) and towering architecture (striking Binnenhof, the parliament building).

Some individuals like to visit historic Dutch towns and villages to obtain a taste of the Netherlands. But, if you like to visit a lively, high-tech metropolis full of technology and attractions, Eindhoven is the ideal Dutch travel destination for you. Eindhoven is known as “the city of light,” and the best time to visit is in November, when the entire city transforms into a massive light art event called GLOW Eindhoven. The Eindhoven Museum offers a view into the past, while the Evoluon building offers a glimpse into the future. You should also visit the Philips Museum, as this city is the headquarters of the electronics giant

If there is one thing you should not miss while on vacation in the Netherlands, it is a visit to Maastricht. It is a must for everyone to experience the spectacular package of medieval architecture and the modern atmosphere that the town offers. It is considered one of the top places to visit in the Netherlands.

Amsterdam, popularly known as the “Venice of the North,” is the capital of the Netherlands and is rich in ancient structures, noteworthy architecture, and fascinating views. It is definitely a cosmopolitan city that welcomes visitors from all over the world. A melting pot of many cultures and beliefs can be found here. It is a gastronomical paradise for visitors, with unrivaled infrastructure, making it a destination unlike any other. The city is surrounded by canals, which add to its world-famous status. Bask in the city’s gleaming skyline, marvel at the landscape punctuated by astounding skyscrapers glimmering in the night sky, and revel in its vibrant nightlife. It provides experiences at every turn, making it a location that touches every visitor’s heart.

Top 15 Places to Visit in The Netherlands on a MAP

How excited are you to visit the Netherlands and take snaps of these awesome places on your camera? Let us know in the COMMENTS section below, which of these places sparked your interest.