Top 15 Places to Visit in Croatia 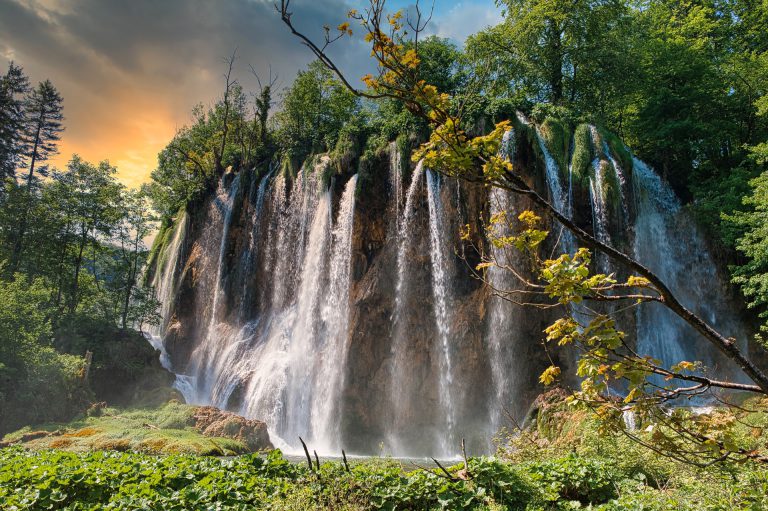 Croatia is fast becoming one of Europe’s most popular holiday destinations, thanks to its enticingly unique charm, from Dubrovnik’s ancient majesty to its unspoiled Adriatic islands. However, deciding where to go in Croatia might be difficult. After all, this is a country that has it all: old history, gorgeous islands, and modern cool.

Croatia’s second-largest city is one of the best destinations to visit. Split, located on the Dalmatian Coast, is not only a great base for exploring the nearby villages, but also has many interesting things to do and see in the city itself. Exploring the Diocletian Palace region, which is loaded with amazing structures like Jupiter’s Temple and the Cathedral of St. Domnius, where visitors can climb the bell tower for stunning views of the city, is one of the best things to do in the city itself.

Korula is the place to go if you like the beauty of Croatian islands but dislike crowds. Croatia’s sixth-largest island is a little more difficult to reach, especially during the off-season, but that means fewer tourists, allowing you to truly enjoy the island as a local. In the little village of Blato, for example, you can participate in the Kumpanija festival, which honors chivalry with ceremonial “fights.”

Rijeka is Croatia’s main port, located on the Kvarner gulf on the Adriatic Sea. Rijeka, located on a tapering flatland between the Adriatic and the Julian Alps, is the country’s cultural and commercial center. The bustling city of Rijeka, which dates back to the 13th century, is a magnificent blend of Italianate Habsburg splendour and a small 20th-century port.

Dubrovnik, located in the southern Adriatic Sea, is the most well-known tourist destination in the Mediterranean. The Peljesac bridge connects the Dubrovnik exclave to the rest of the country. The city has been designated a UNESCO World Heritage Site due to its gorgeous architecture and lovely vistas. Beautiful churches, restaurants, and five-star hotels decorate the city.

Zadar’s car-free zone Old Town is situated on a narrow peninsula protruding out onto the Dalmatian coast of Croatia. Its top tourist attractions are its many fine Romanesque churches, most of which were built between the 9th and 13th centuries, and are filled with superbly preserved religious paintings and ornate golden treasures. With origins in the Stone Age, it is thought to be the oldest continually inhabited town in the country. Visit the pre-Romanesque Church of St. Donatus from the ninth century, the Church of St. Mary from the eleventh century, and the Cathedral of Anastasia and Church of St. Chrysogonus from the twelfth century. Other attractions include the Museum of Ancient Glass and two notable modern installations, the Sea Organ and the Greeting to the Sun, both of which are located on the seaside near the tip of the peninsula. Relaxing on gorgeous Kolovare Beach, a stretch of sand and pebbles that backs onto a wonderful park area, is one of the greatest free things to do in Zadar.

Zagreb, Croatia’s capital and largest city, is located inland and is famed for its Austro-Hungarian architecture, fascinating museums, and outdoor markets. The Museum of Broken Relationships, Dolac Market on the main plaza, the Museum of Illusions, the Nikola Tesla Technical Museum, the Gornji Grad (Upper Town), and Gradec neighborhoods are the major attractions in Zagreb. Zagreb also has an international airport, making it a convenient hub to fly into or out of.

Rovinj juts out into the Adriatic, surrounded by lapping waves, midway up the rugged Istrian coast, like a brilliant jewel chiseled and carved by the hands of Romans, Venetians, Franks, and Hapsburg Austrians alike. The lovely ancient town center is surrounded by stretches of pebbly beach and a sun-drenched boardwalk where locals relax during the summer. Above, the needle-like spire of the whitewashed St Euphemia’s Basilica serves as an ideal compass point, guiding tourists between the numerous hidden squares, flapping washing lines, scented pizzerias, and small alleyways.

The Krka River flows through canyons, broadens into lakes, and splashes over several falls and cascades in this beautiful national park, which features Roman ruins, antique watermills, and two remarkable monasteries (one on an island and one constructed above ancient catacombs). You can walk along boardwalks and marvel at the swarms of fish dashing through the emerald waters, then cool off in a lake at the base of a massive waterfall.

As one of the most popular sites to visit in Croatia, not to mention the home of one of the country’s most iconic views, it’s no surprise that Hvar can get crowded during the summer months. Look past the party scene, and you’ll find plenty of reasons to visit this beautiful island. Hvar Town, home to St. Stephen’s Cathedral, the Spanish Fortress, a quaint Venetian loggia and clocktower, and a tranquil Franciscan Monastery, is the island’s tourism hub. From here, you can take a day trip to the Pakleni Islands, the blue and green caves, or any other destinations.

There are many islands off the Croatian coast, but vacationers prefer Mljet for its lush, natural scenery and tropical setting. A gorgeous national park covers the northwestern section of the island, with two massive saltwater lakes and plenty of hiking, swimming, and paddling opportunities. The water is incredibly clean, and the weather is pleasant all year!

Varazdin, located about an hour’s drive from Croatia’s capital city, Zagreb, is one of the country’s least explored cities. Varazdin is located in North Croatia on the Drava River’s southern bank. As Croatia’s former capital, it has a serious and sophisticated atmosphere. Varazdin is the country’s cultural, educational, sporting, and economic center, with a population of approximately 46,946 people.

The most popular inland attraction in Croatia is Plitvice Lakes National Park, which is surrounded by 16 emerald-blue lakes and 16 steep, forested hillsides. The park, which was established as the nation’s first national park, is crisscrossed by a system of footpaths and wooden bridges, and admission includes lake boat rides.

If you search for photos of Croatia, the charming village of Motovun is likely to be one of the top results. Motovun, a historic fortress and settlement perched on a hill, is well-known among photographers and enthusiasts. With its blend of Croatian and Italian cultures, Motovun is also one of Croatia’s top culinary destinations and is the place to go if you enjoy truffles and wine.

Pula, located at the southernmost tip of the Istrian Peninsula, is one of Croatia’s most beautiful Adriatic resorts. Pula has a distinct vibe from the more popular Dalmatian Coast but a similar history, with chapters under Roman, Ostrogoth, and Venetian rule. The Pula Arena, one of the best-preserved Roman amphitheaters on the planet, is the city’s most famous landmark.

Zagorje’s postcard-perfect medieval castles await time travelers. Trakoan Castle, whose neo-Gothic 19th-century facade conceals even older internal features, sends you back to 1334. In its well-presented museum, learn about the excesses of the Croatian aristocracy, and walk 215 acres of castle grounds, planted into a charming English-style park with exotic trees and an artificial lake. Further west, the hilltop castle of Veliki Tabor, with its pentagonal towers and turrets, dramatic interiors, and idyllic surroundings all around, takes visitors to the 16th century.

Top 15 Places to Visit in Croatia on a Map

How excited are you to visit Croatia and take snaps of these awesome places on your camera? For a better experience when traveling to Croatia, try the Top 10 Croatian Dishes and visit the Top 10 Restaurants on the Croatian Coast.

Let us know in the COMMENTS section below, which of these places sparked your interest.