Top 10 Places at the French Riviera 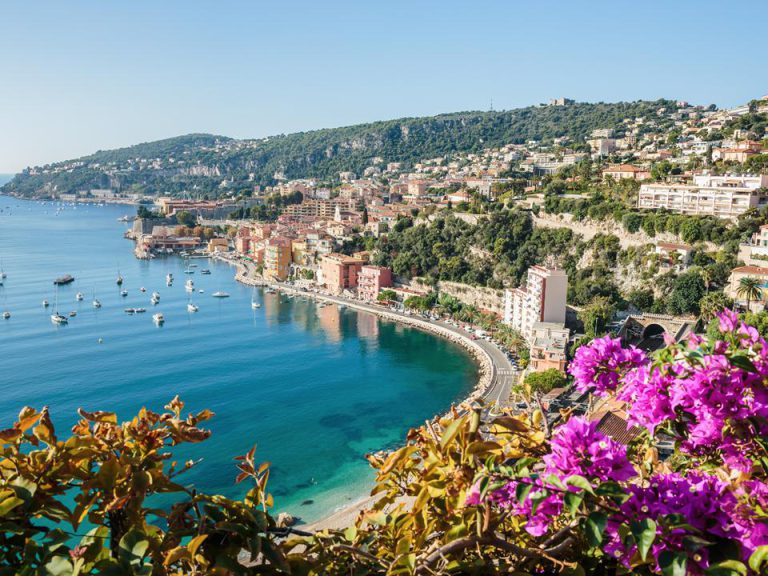 The French Riviera is the ideal destination for anyone seeking a luxurious and scenic getaway. This region is home to some of Europe’s most historic towns, each with its own distinct personality and charm.

The Bay of Villefranche is regarded as one of the world’s five most beautiful bays. So it’s definitely worth a visit. The harbor, the Citadelle, the ancient town, and the beautiful curve of the coast all add to the village’s attractiveness. The port, with its colorful fishing boats and nets, serves as a base for both fishermen and visitors, providing several tours during the summer. We strongly recommend exploring the old town, seeing Chapelle Saint Pierre, and walking along the beach. Emily in Paris fans might easily recognize Chapelle Saint-Pierre! You can also mix your vacation to Villefranche-sur-Mer with a visit to the beautiful Villa Ephrussi de Rothschild.

Èze Village is a beautiful medieval village located on a hilltop between Monaco and Nice, 425 meters above sea level. The village is built around the remnants of a 12th-century castle and is filled with historic facades, stone cottages, and tiny lanes. The village is one of the nicest spots to visit on the French Riviera, and it is an easy day trip from Nice. Wandering the streets of the village seems like traveling back in time. Even though the streets are bustling with stores, cafés, and restaurants, it has retained its medieval beauty. The Jardin Exotique is a botanical garden among the ruins of a castle. While the garden is beautiful, the views are what really stand out. The view of the sea from the village is well-known across the world. The Eglise Notre Dame de L’Assomption and its bell tower can be viewed from everywhere in the village. The church is modest, yet its simplicity is stunning. The inside is decorated with trompe-l’oeil paintings in the baroque style. Èze Village is not to be mistaken with its sister city Èze-sur-Mer. The Friedrich-Nietzsche path, which is located on the river, is a hard 2km climb. The greatest season to visit Èze Village is in the spring. The little community may get quite crowded with tourists throughout the summer.

Antibes, located between Nice and Cannes, is a well-known resort town enclosed by fortified walls that overlook the Mediterranean. Antibes is also known for its literary and cultural legacy and megayachts and picture-perfect beaches. F. Scott Fitzgerald spent his summers at the Villa Saint Louis on the Cap d’Antibes, where he began work on Tender is the Night. It is still one of the resort town’s most powerful cultural attractions. You may stroll through the alleys of the ancient old town before shopping for seasonal fresh products at the Provencal food market. Also, don’t forget to visit Antibes’ magnificent beaches in addition to seeing its rich history.

Once a quiet fishing town, Saint-Jean-Cap Ferrat has become one of Riviera’s most sought-after destinations for tourists and locals wanting a touch of old-fashioned charm. The village is built on a protected cape near Nice with extraordinarily calm waves and has five public beaches spread throughout the peninsula. Paloma Beach, in particular, is well-known and notable due to its appeal among celebrities such as Henri Matisse, Sean Connery, and Elton John. The five-mile beachfront walk offers breathtaking views along the route. Explore the historic Port and the 11th-century Saint-Hospice Chapel in town. You can also take a trip to see some of the area’s famed opulent mansions, such as the Villa Ephrussi de Rothschild.

Cassis is only a short drive from Marseille, but with its lovely laid-back vibe and jaw-dropping natural splendor, it feels a million miles away. This old fishing town is dotted with lovely pastel houses and features a picturesque harbor with a variety of eateries. It is most known for its closeness to Calanques National Park, a series of rocky headlands, and intriguing hidden coves. If you’re an early riser, come here to get the freshest catch from a local fisherman.

This city is all about the sun, beaches, and people. The big attraction is the vibrant town and its sandy beaches. The streets, historic sites, and open markets have a Provençal feel to them. Water sports such as plongée sous marine and sunbathing are always popular on beaches. A large number of cafés and restaurants provide local cuisine, as well as stores selling a variety of local items. On the north side of town is a 12th-century Saint Raphaël church with a large watchtower. You may spend a relaxing day in Saint Raphaël by taking a stroll along the beach route with your loved ones.

The medieval settlement of Roquebrune, which is part of the larger commune of Roquebrune-San-Martin, was constructed around a hilltop castle. To get to the village from the Roquebrune train station, you must climb hundreds of steps – but the settlement and scenery will repay you for your efforts. The hamlet itself has several stairs in various locations. Roquebrune also has lovely arches and tunnels to explore. From Roquebrune, you can see the Mediterranean and the San Martin peninsula, which you can walk around on a well-marked trail.

Any journey to the French Riviera should begin with a visit to Nice, where you can gaze out over the dazzling seas of the Mediterranean. Start by ascending to La Colline du Château to discover all the excitement: When you reach the summit, you’ll be rewarded with panoramic views of the Baie des Anges, Old Town, Nice’s seafront, and the city’s diverse and dynamic architecture. While just a few crumbling walls remain of the hill’s famous castle, there is a lush park great for a picnic after a long day of touring.

Since 1946, socialites have flocked to the resort’s famed film festival, which remains as popular as ever. Nestled on the crescent of the Gulf of Napoule, Cannes is backed by a line of quiet forested hills. The Promenade de la Croisette, lined with luxury hotels, follows the arc of the sand beach. The harbour serves as a stopover for yachts and transatlantic ships. There are various casinos, and the well-known Cannes Film Festival is held at the Palais des Festivals. Tourism is the city’s largest source of revenue, accounting for around one-fifth of total revenue; international tourists account for two-fifths of total traffic. Flowers here have a worldwide market, particularly mimosa, which has thrived in the region since its arrival from Santo Domingo in 1835.

Surrounded on three sides by France, Monaco possesses a beautiful stretch of real estate on the French Riviera yet has a distinct personality of its own. This little seaside city has its own principality with its own royal family, exemplifying the glitz of the French Riviera. The royal family’s palace is built on what is affectionately known as “Le Rocher,” a point overlooking the sea. The very word of the principality conjures up thoughts of multi-million dollar boats, casinos, and exorbitant hotels. Monaco’s gambling facilities have made it a popular tourist destination, and the casino Monte Carlo remains one of the city’s most popular attractions. Tourists can visit the Palais Princier de Monaco to discover its treasures, which include a massive Carrara marble staircase, precious 16th- and 17th-century frescoes depicting mythological scenes, the Mazarin Room, which is covered in ornate wood paneling, and the Throne Room, which is used for official state events and ceremonies. Other attractions include the Oceanographic Museum and Aquarium.

Top 10 Places at the French Riviera on a MAP

Have a wonderful time visiting the French Riviera, and you may also read the Top 5 Things To Do In Monaco to fully enjoy your trip! Do you have any other favorite place to visit in this wonderful land? Leave your comment below, and we’ll surely include on the list. 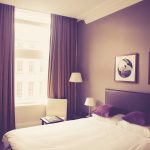