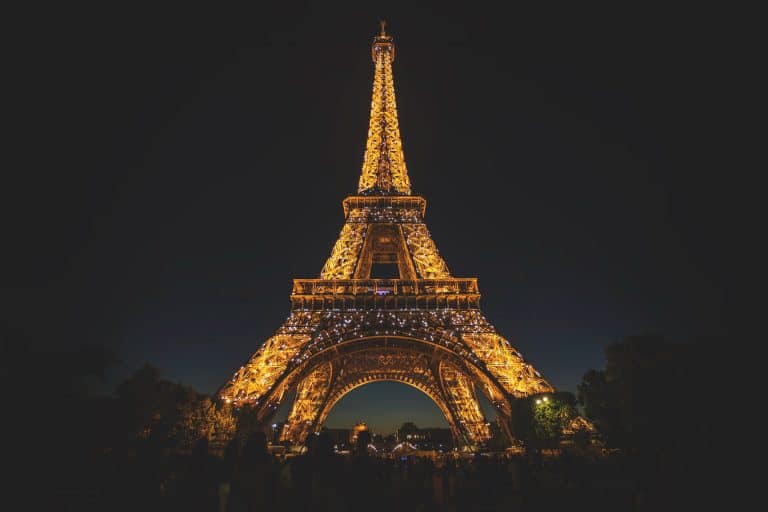 Paris is among the most beautiful cities on the planet. Among its most well-known landmarks are the Eiffel Tower, Notre-Dame Cathedral, and the Louvre Museum. The city is renowned for being lovely and creative. The city is widely known for both its upscale cuisine and its café patios.

The Gothic-styled Sainte-Chapelle is a royal chapel. Despite the building’s stunning architecture, its 1,113 stained-glass windows are the real attraction. The 49-foot (15-meter)-long windows feature scenes from both the Old and New Testaments.

By visiting both sites at the same time, you may take advantage of the fact that Sainte-Chapelle and Notre Dame Cathedral are just a quick five-minute walk away.

The Paris Catacombs may appear a little creepy or disgusting, but they are an interesting aspect of Parisian history.

Touring the inventively stacked tunnels is one of the coolest things to do in Paris. Officially the largest burial in the world, the Paris catacombs house the remains of almost six million people.

8) Visit Montmartre & A Vineyard In Paris

The heart of Paris is home to a vineyard. The tiniest vineyard in the world, Vignes du Clos, is located in the heart of Montmartre.

There is no wealthy family or corporation that owns the vineyard. The 18th arrondissement, also known as Montmartre, is the owner. In essence, Vignes du Clos is a park that makes local wine and donates the profits to charitable causes.

You should stop at La Maison Rose to get something to eat, either before or after seeing the small vineyard above. The combination of the two stops will give you the impression that you are in a tiny wine-producing community outside of Paris that also has an amazing perspective of the city!

6) Explore The Parks And Gardens Of Paris

The Tuileries Parks near to the Louvre Museum and the Luxembourg Gardens in the 6th arrondissement are two of the city’s most well-kept and magnificent gardens (featured photo). This is probably one of the more romantic things to do in Paris, despite the fact that it can be anything you want it to be.

The Buttes Chaumont park in northeastern Paris is where locals go to discover wonderful views of the city and unwind if you want to avoid other tourists. Spending time in the city’s green spaces, which the city takes great pride in and sees as its jewels, is one of the best things to do in Paris.

5) Take A Trip To The Château De Versailles

There’s a good reason why the Palace of Versailles is one of the most popular tourist destinations in Paris. We’re happy that revolutionaries spared this great piece of architecture, even though they may have exposed the last French monarchs and queens.

Beautiful chandeliers are reflected in more than 300 mirrors in the Hall of Mirrors. Make sure to stop at the magnificent Gardens of Versailles when you visit the palace. The perfectly maintained gardens cover over 2,000 acres in total.

Montmartre is a neighborhood in Paris set on a hilltop in the northern portion of the city. It is sometimes referred to as a “village” because of its winding alleys and small-town vibe. Don’t forget to stop at the Sacre Coeur Basilica, a revered landmark that is frequently disregarded.

Get out at a nearby metro stop (Anvers or Abbesses) and stroll through the streets of Montmartre rather than planning out every aspect of your trip. The greatest way to experience this wonderful area is through this.

3) Indulge in a Food Tour In Paris

One location where you should absolutely enjoy on local food is Paris. It’s not a myth when people claim that bread in France is superior tasting.

Every culture revolves on cuisine, and the French think they understand it best. Their beliefs may or may not be accurate, but there is no denying that they have a clear and noble passion for the culinary arts. There are many ways to experience this, but in our opinion, taking one of our delectable food tours is the best!

Visits to neighborhood markets are among the greatest ways to experience local culture in Paris. The oldest covered market in Paris is called Marché des Enfants Rouges, and it is situated in the upper Marais district.

Visit the Marché d’Aligre in the 12th arrondissement if an outdoor market appeals to you more.

This crowded market sells just much anything you can imagine, and beyond it are a number of interesting speciality food shops.

Almost everyone who visits Paris will make a point of visiting the Eiffel Tower. And while it may be evident that the Eiffel Tower is illuminated at night, did you know that it also twinkles for five minutes on the hour every evening?

It’s a beautiful sight, and being near to the tower makes it even more so. Since it begins after sunset, the exact moment the “twinkling” starts depends on the season you’re visiting.

Today, it receives almost 7 million visitors a year (around 75% of them are foreigners), making it the most visited paid-for monument in the entire world. It serves as both a symbol of France and a showcase for Paris.

Are there any other locations in Paris that you would recommend including on a bucket list? Leave a comment and let us know!