The Best Hotels in Iceland 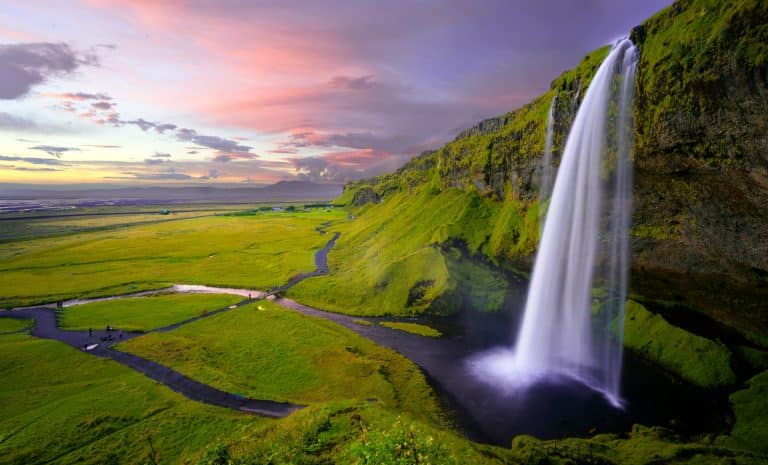 Iceland is a destination unlike any other, with glaciers looming alongside the road, waterfalls crashing down within arm’s length, geothermally warm rivers beckoning you to strip off and dive in, and whales breaching nearby.

The best hotels in Iceland, however, respond to the terrain in very unique ways. They offer outdoor facilities like hot tubs as well as hospitable interiors that mirror the landscape rather than try to match it.

The region around Geysir, Gullfoss waterfall, and Thingvellir National Park is more worthwhile than a day-long coach journey from the city, as evidenced by this charming collection of old stone turf houses with grass roofs east of Reykjavík. At the remote Torfhus Retreat, which is far from light pollution, you can take in breathtaking views of the night sky from your own geothermally heated basalt hot tub.

The upscale Sandhotel is a serene refuge with subtle Art Deco influences, polished oak flooring, contemporary furnishings and artwork, and calming natural tones. It is situated in the heart of Iceland’s capital city, close to the National Gallery of Iceland and the landmark Hallgrimskirkja.

You’re in the heart of the city’s best shopping on the Laugavegur, close to some of the most appealing bars and shops selling distinctive Nordic home goods and knitwear with digital prints. The hotel was established by the same company that is responsible for the well-known Reykjavik bakery Sandholt, which is located right next door.

This cozy urban retreat in a historic building is close to the Icelandic Parliament and the old cathedral and provides everything from ultra-cozy “Cozy” rooms to roomy flats. It is stylish but cozy. The apartments at the Kvosin Downtown Hotel provide kitchenettes with coffee machines, refrigerators that may be filled exactly to your specifications before arrival, and, in most cases, hobs for those who want to quickly cook a light snack.

Aldamot, which means “meeting of centuries” in French, is a cozy bar that calls to you with its tempting selection of wines, gin pairings, cocktails, and charcuterie and cheese platters.

This striking, stilted edifice next to a dormant volcano was constructed from the abandoned remnants of a neighboring power station as a temple to both nature and pampering. Another place that entices visitors to remain longer away from Reykjavik. The two converge in the spa’s opulent lava rock sauna, in treatments made with Icelandic herbs, and in the large hot tub on the outside terrace that is heated by neighboring hot springs.

As suggested by its name, the ION Adventure Hotel invites guests to get out by offering activities like diving in the Silfra fissure between continental plates. The bar was specifically created to increase the chances of seeing the Northern Lights.

At this eight-suite eyrie on the 20th floor of the city’s highest structure, Tower Suites, all of Reykjavik and the surrounding coastline, mountains, and glaciers lie at your feet. When you’re not using your in-suite telescope to monitor the shifting weather and light patterns, you can take a short stroll to nearby attractions like the Hofdi lighthouse and Klambratun Park, which has a zip line and an art gallery.

The eggshell bathtubs in some of the slick, contemporary suites are placed in front of floor to ceiling windows. For those who prefer to check in anonymously, a smartphone app is available, but other amenities like champagne upon arrival, a full concierge service, and the Skylounge with an honesty bar add a more personal touch.

This luxurious hotel is located in the renowned thermal pools, which have an otherworldly environment of lava fields, making it one of the most atmospheric spa hotels around. The Retreat at Blue Lagoon, tucked away in the southwest corner of the island but closer to the airport than Reykjavik (and hence great for a pre- or post-city break stop-off), combines designer furniture with modest allusions to the local topography, including fireplaces made of lava bricks.

The spa is the primary draw, however; it is vast, state-of-the-art, and provides access to a peaceful region of the Blue Lagoon that is far from the annoying crowds of Instagrammers.. Free yoga classes and treks add to the sense of blissful seclusion.

The uncompromising Fosshotel Myvatn is situated in the middle of Lake Mvatn’s nearly lunar scenery in the less traveled north of the island, where few foreign guests ever venture. It’s difficult to decide whether aspect of the low-rise, grass-roofed architectural marvel, the chic interiors, the mouthwateringly inventive cuisine, or the nearby natural wonders—some of which you might recognize from Game of Thrones—is the most magnificent.

The Myvatn Nature Baths, a man-made lagoon heated naturally with water rich in minerals and a great replacement for the Blue Lagoon across the island, are nearby.

If you’re looking for a unique place to stay in the northern whale-watching capital, this typical Scandinavian merchant’s house, constructed in 1911 while Iceland was still governed by Denmark, ticks all the right boxes.

Hoepfner Historical House offers a modest number of apartments, each with a kitchenette and up to three bedrooms, some with sea views, and all are moderately priced but stylishly and artistically built. The winning location is the beautiful loft with a wooden floor and old-growth timbers.

This tiny gem of a family-run hotel on the road out to Vik is an attractive stopover for visitors traveling down the south coast thanks to its own isolated stretch of black-sand beach, friendly resident puppy Breki, and fresh modern design.

In addition to having views of the Westman Islands and the subglacial volcano Eyjafjallajokull, which was the source of all the 2010 ash-cloud drama, the Umi Hotel is only a short distance from the impressive Skógafoss waterfall. Ice cave exploration, glacier walks, and snowmobiling excursions are all possible nearby.

The towering Foss Accommodation Glacier Lagoon is the best hotel in Iceland for travelers traveling to the Jokulsarlon lagoon with its iceberg-dotted seas and seal population. It is also ideally situated for hiking in the Skaftafell National Park.Along with sleek modern rooms with views of the ocean or mountains, there are outdoor wooden hot tubs with water views, a sauna, and other amenities.

With its glacier-inspired geometric design, the restaurant serves inventive dishes produced with the freshest local ingredients, like smoked sheep carpaccio marinated in rose pepper honey with blueberries and roasted hazelnuts.

Are there any other fabulous hotels in Iceland that you would recommend? Leave a comment and let us know!

PrevPreviousBest Restaurants in Berlin, Germany
Next 10 Facts About London You Probably Didn’t KnowNext